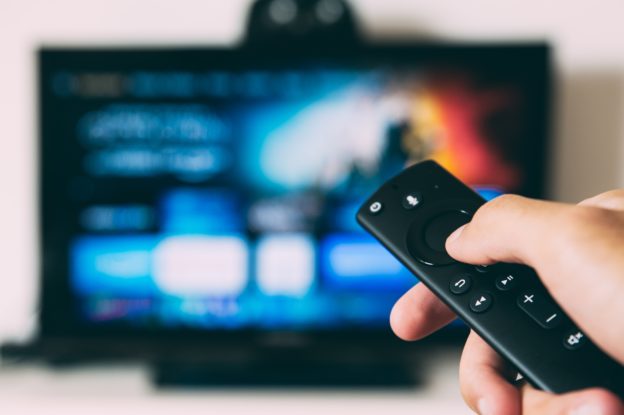 At the end of 2022, the new company merged by Warner Bros. and Discovery has repeatedly appeared in the news: DC reorganization, Henry Cavill no longer plays Superman, etc., but compared to these content creation news, Warner Bros. Discovery has a new decision recently, which may affect the series. The future of streaming games.

Warner Bros. has been exploring recent film and television works frequently. It previously removed the two series “Western Paradise” and “The Immortal” from HBO Max, and then “The Time Traveler’s Wife” and “Alien Cataclysm” have also become the second wave Their own streaming off-shelf list, after which Warner Bros. explored and explained: These albums will be licensed to third-party FAST channels, and they are confident that they can earn more revenue from the FAST service than streaming subscriptions.

What is FAST service? FAST is the abbreviation of Free Ad-Supported Streaming Television (Free Ad-Supported Streaming Television), which is an emerging form in the field of video streaming. Although FAST is also based on advertising revenue, it does not require any monthly fees or even registration. Compared with streaming subscriptions, some people think that it is closer to AVOD advertising streaming services such as YouTube.

But FAST is different from YouTube. Compared with YouTube videos, FAST mainly constructs many channels through cable television, and viewers can get the right to watch channels for free by watching advertisements on the Internet. However, users cannot search and select the programs they want to watch like VOD streaming services, but just like watching TV, they can choose channels to find the programs they want to watch, and cannot only watch specific programs.

In addition to choosing channels like cable TV, viewers of the current FAST service need to watch 30 seconds to 3 minutes of advertisements for 1 hour, depending on the service and channel conditions, but they are far lower than the 1 hour of cable television advertisements—even in Taiwan The law is the same. Taiwan’s Limited Broadcasting and Television Law stipulates that each channel can only insert a maximum of 600 seconds or 10 minutes of advertisements per hour.

Of course, because it is the embryonic stage of FAST, manufacturers do not want to drive away the audience with too many advertisements. After all, it takes a lot of time and money to let the audience accept the new service.

What makes FAST so good

What is the difference between FAST and the popular SVOD and AVOD video streaming? Of course, as mentioned earlier, FAST is more like traditional TV programs. The channel content includes movie channels, and traditional CNN, MTV and other channel operators may also join as one of the channels; of course, they may also have film and television copyrights like HBO and Paramount. The manufacturers negotiated the advertising profit sharing and put it on one of their self-created channels.

Some people may think that this seems to be going back to the old way of traditional TV, which runs counter to the current mainstream subscription streaming where you can choose your own videos, but most people rely on big data recommendations when watching streaming, which also makes it difficult for users to see “fresh” or The theme of “random numbers” and the copyright contract of film and television works are complicated. It is possible that the movie you like will be taken off the shelves after one year of release; no matter how much you like a certain theme, there are very few people who watch a movie or album three or five times a year.

FAST is mainly free to watch. Since it is completely free, you can continue to watch it just by watching advertisements. For users, there is nothing to be picky about the content of FAST—no need to spend a lot of money like HBO, Disney, Netflix, etc. Get exclusive content and avoid consumer nitpicking. In addition, film and television works are broadcast in turn like traditional TV, and “exclusive” such as streaming is not very meaningful, because viewers cannot watch the same favorite film and television series as they like, so the exclusive benefits of watching it will naturally become smaller, just like watching different channels. The same movie, because the TV station has little interest in monopolizing the film and television works.

It is also advertising profit, FAST is very different from advertising subscription (AVOD) service, AVOD is like YouTube, it uses advertisements to bring out selective videos, and uses advertising videos to offset the cost of videos. However, large-scale production films rarely choose AVOD, because AVOD revenue is traditionally lower than SVOD and TVOD (like Google or Apple buying viewing rights for a certain film and television work).

Bringing the “Random” Advantage to Streaming

Since the FAST feature is closer to TV, although this playback method has been around for a long time, it happens to be the part that traditional VOD services lack. Existing VOD relies on algorithms to recommend programs to viewers, but algorithm preferences cannot comprehensively summarize a person’s interests. As a result, many VOD users still rely on community or media recommendations, and it is difficult to discover new program types and interests from algorithms.

Traditional TV still retains the advantages of “random numbers” and “accidental”. Many viewers become fans of a new program by relying on fixed channel recommendations, or just see interesting content. This kind of “accidental” is difficult for AI and algorithms. The part that can be achieved is the so-called “creativity” and “associative power”.

In other words, the success of FAST is that it does not rely on advertising, but adopts a method that is more random and does not rely on algorithms. It is also because of this feature that FAST breaks through VOD and becomes a new type of OTT—not just TV. , but a type that existing OTT services do not have at all.

Advertising can inherit the advantages of VOD services

Moreover, compared with the troublesome TV advertisements, the FAST ad insertion broadcasted on the Internet is more flexible. Not only can it be played on the Internet platform, but it can even be introduced into the RTB system for bidding. When it comes to advertising, FAST has a weakness that traditional TV can never break through: online advertising cannot switch channels. No matter what channel you switch to, you must watch the advertisement before continuing to watch the program. This is something that traditional TV is completely inferior to FAST. An important advantage, advertisers can also ensure the number of times the advertisement is played, and no longer need to be kidnapped by inaccurate ratings.

Standard & Poor’s estimates that US FAST’s advertising revenue will be about US$4 billion in 2022, and will double to US$9 billion by 2026, which means that the traditional TV field will be divided again. Variety cites Comcast Advertising data to show that 70% of FAST subscribers called Xumo have switched from cable TV .

American cable TV and satellite TV have a long history of development, resulting in a severe geographical monopoly of traditional TV. Unlike Taiwan, which can directly open competition, this is one of the reasons why the status of American TV is still difficult to shake.

But the times are gradually changing. Services like FAST will be extremely beneficial in areas outside the United States where the Internet is developed. FAST is a place that not only inherits the advantages of traditional TV but also improves the disadvantages of traditional TV. In the future, production and broadcasting companies or TV stations may no longer need to spend a lot of effort to attract advertisers, but only need to spend energy on finding sponsors and improving the quality of programs.

The Information Security Institute of the Ministry of Digital Affairs was established this month, and the 2 candidates for the first dean are the most popular

The Information Security Institute of the Ministry of Digital Affairs was established this month, and the 2 candidates for the first dean are the most popular 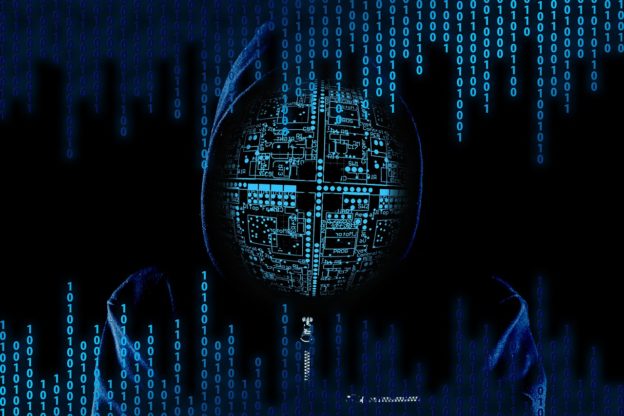 It has been more than 4 months since the establishment of the Digital Development Department in August last year. The focus of this department this month will be on the establishment of the Information Security Research Institute (Information Security Institute), and the first board meeting will be held on tomorrow (4th) , selected the first president of the Institute of Information Security; currently there are two candidates with the highest voice on the table, one is Li Yujie, deputy executive secretary of the Science and Technology Office of the National Science and Technology Commission, and the other is He Quande, former secretary of the National Development Council; as for the candidate for the vice president is Yangming Jiaotong University Lin Yingda, professor of the Department of Engineering.

It is worth noting that Li Yujie previously revealed to the reporter of “Science and Technology News” that even after the establishment of the Information Security Institute, it will not go to the Digital Department, and will still serve in the National Science Council; but whether Li Yujie will change his mind in the end remains to be seen. We will know when the final results are out. 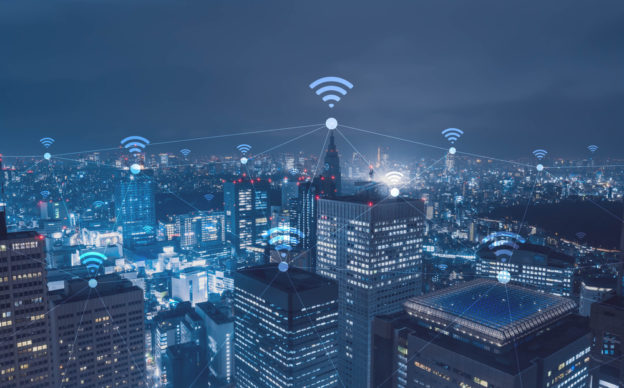 In addition, in this cooperation case, Haihua Technology will also design and manufacture two Wi-Fi HaLow modules, including a size of only 13mm×13mm; it is reported that these two modules adopt the reference design certified by the FCC, and Equipped with a microchip (MM6108) from Morse Microelectronics, it can be called the smallest module on the market.

Michael De Nil, co-founder and CEO of Morse Microelectronics, said that Wi-Fi HaLow continues to develop rapidly in the IoT ecosystem. In view of this strong growth momentum, he decided to cooperate with Haihua Technology to help expand and accelerate global The deployment of Wi-Fi HaLow solutions provides richer and more diverse communication modules for various IoT applications and consumer electronics products. “ 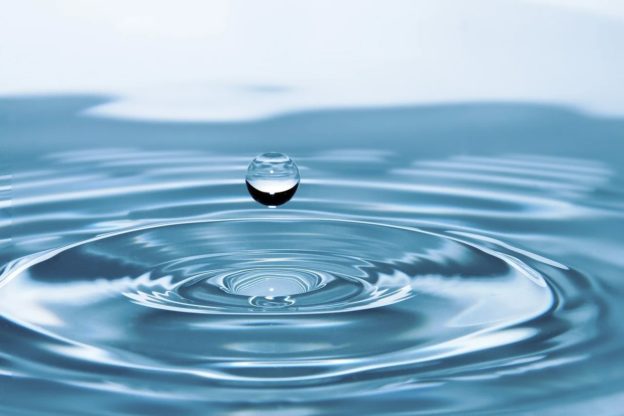 In view of the increasingly serious pollution of microplastics, water filter technology also needs to be updated. Recently, South Korean scientists developed a water purification system that can quickly and efficiently filter out fine plastic fragments and other pollutants.

Microplastics are everywhere, from the Antarctic to the Arctic, from the deepest trench to the highest Mount Everest. Microplastics can also be found along the food chain, and plastic particles also counterattack people and enter our stomachs. It is hard to prevent, and now many scientists start with drinking water, hoping to filter out microplastics in water through magnetic nanopillars, nanocellulose, semiconductor wires, and sand, gravel, and biofilms.

Daegu Gyeongbuk University of Science and Technology (DGIST) in South Korea uses a porous material with a large surface area, the covalent triazene framework (covalent triazene framework, CTF), to create enough space to store the pollutants captured by the material. Past research has also proved that Similar materials are effective in removing organic dyes from industrial wastewater.

The team carefully designed the structure in CTF to enhance water absorption performance, and finally developed a filter that can more effectively remove microplastics in water. According to research, it can remove more than 99.9% of microplastics in 10 seconds, and can be reused several times times will not affect performance.

At the same time, in order to enhance the decontamination performance of water purification equipment, the team also developed another polymer, which can convert sunlight into heat, and use it to purify another pollutant, including industrial waste gas and vehicle exhaust generated by fuel combustion and transportation. Volatile organic compounds (VOCs), including photochemical pollution, etc., as long as sunlight can remove more than 98% of VOCs, so after the team combined the two water purification equipment, the new filter prototype can remove more than 99.9% of plastic and pollution things.

The first author of the paper, Park Chi-Young, believes that the efficiency of the new water purification equipment is the highest in the world, and can remove more than 99.9% of phenolic microplastics and VOCs pollutants in water at ultra-high speed. The team believes that this is also a general-purpose technology with high economic benefits. Purifies water and provides drinking water even in areas without electricity supply.